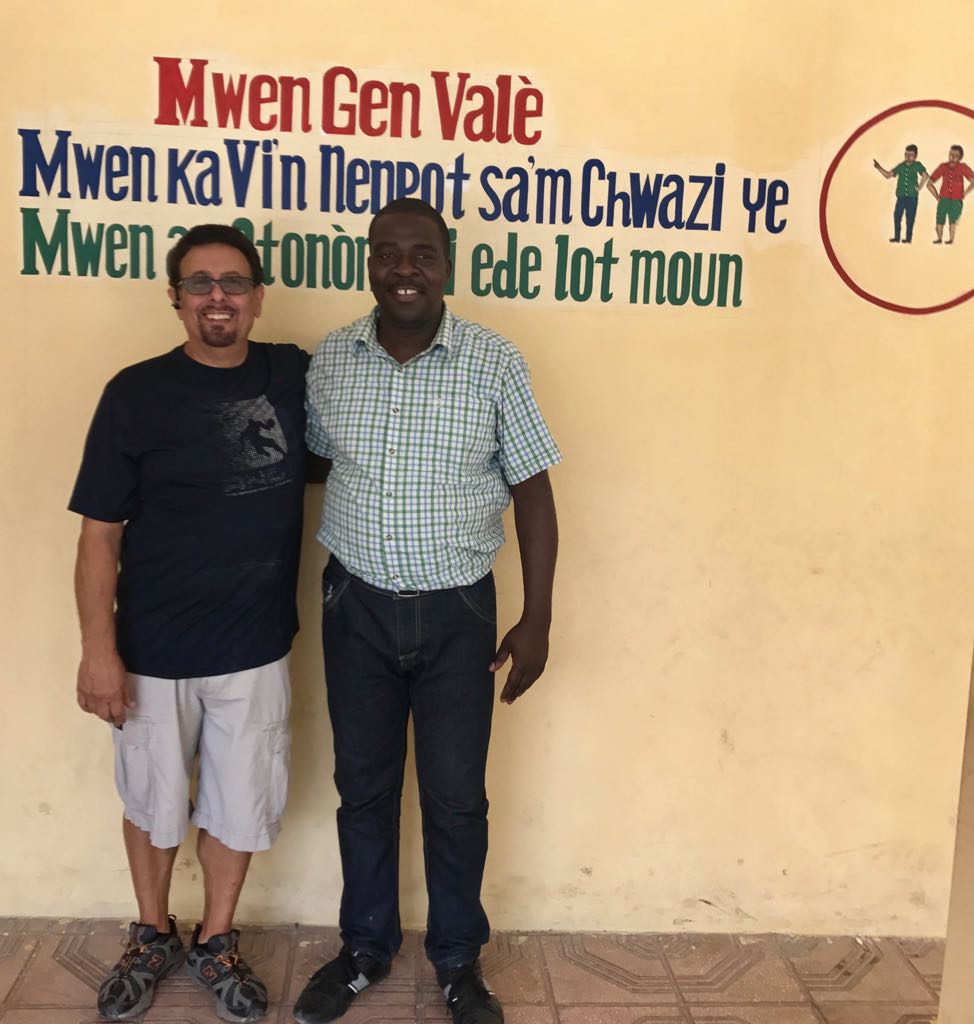 In 1992, I first stepped foot in Cite Soleil during my 2nd trip to Haiti. I was overwhelmed by what I saw: something much worse that the Cite Soleil that we see today. That day, I watched as children lived in conditions that many could not even begin to imagine. These precious, innocent children lived in a constant state of beatings, starvation, homelessness, and sickness. Perhaps the most disturbing scene I witnessed was the common occurrence of children drinking water that another child had just urinated in.

During my visit, I was taking pictures of the horrible living conditions. 30 angry Haitian men thought I was exploiting the situation; they held me hostage for about 30 minutes while I negotiated with them for my freedom. I walked away for $75.00. These men knew only way thing: survival. They had grown up years earlier in the same conditions as the children I was witnessing. That day I decided I would do something to impact Cite Soleil for the better.

I returned dozens of times over the next 23 years, yet I could never figure out how to make a significant impact. Twice during this time, the United Nations declared Cite Soleil the most dangerous place on Earth. The notorious 2010 earthquake certainly halted what little progress I was making. No one seemed interested in assisting me with my plans for a self-sufficient city. It appeared there was no possible way for me to accomplish my dream for Cite Soleil. I was ready to give up.

In 2013, I resurrected my dream and I began planning once again. A year later in 2014, I developed the plan to open the Hope Centre. At the time there was only one donor: Jason Povlich. Jason is currently being groomed to take over the operation one day. By 2015, I located our current facility and within a couple months I had over 40 children, 12 paid staff members, and 5 volunteers.

This is where I ask you to pay close attention. My desire has never been to house, clothe, educated, love provide medical care for children, though the Hope Centre obviously does these things. Simply doing these things would never make a significant change in the region.

I truly desire to create self-sufficient centers in order to provide good jobs and business opportunities for our children when they grow into adulthood. Additionally, these centers work to create many jobs in a region where unemployment is 83%.

We have recently begun working on vocational training for the students (both boys and girls) at the Hope Centre. Initially, we will be training carpenters. We will eventually begin to train plumbers, painters, masons, and electricians. Our children will transition from the Hope Centre possessing the knowledge and skillset to earn three times the average wage. They will be prepared to own and operate businesses.

The Hope Centre will dispatch workers using a method similar to Angie’s List. The students will be the equivalent of independent contractors. Money earned by the students will go directly toward the needs of the Hope Centre.. Our goal is to wean the Hope Centre from donor support into self-suffiency as we expand our efforts in the region. We hope that many of today’s children and students become tomorrow's staff and teachers for future generations of children. Other students will depart from us with the necessary skills to provide a better than average wage for their families, while growing the local economy through their business ventures.

Within one year, we will begin building and selling furniture to reduce the need for financial aid. The process of creating an additional 3-5 centers to equip and release children will take place over the next 5-7 years. In addition to training the students in vocational aspects, we are also providing them with a basic general education (math, reading, science, history, music, etc.), which includes classes in French and English.

I ask that you would consider helping us in achieving our attainable goals. I would love the opportunity to let you see everything that we are accomplishing at the Hope Centre.